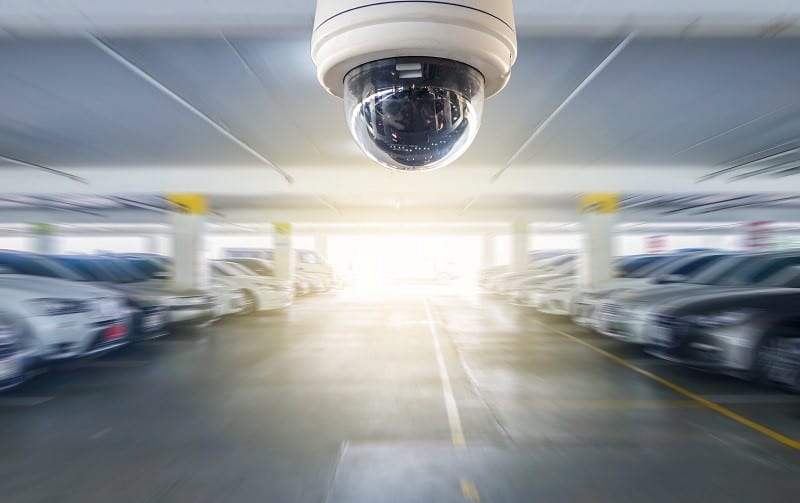 Kim Keating may not personally know the locations of the security cameras monitoring your movements in and around the Fox Valley in Illinois. But Keating, executive officer at Aurora-based Alarm Detection Systems, believes the odds of having your movements captured on video will become greater and greater as the days go by. “Video surveillance used to be something targeted towards our larger customers,” Keating said. “Now, the costs have dropped to levels where small businesses and residential customers can afford a quality surveillance system.” In recent years, Keating said demand for video surveillance systems in all sectors – institutional, business and even residential – has quickly increased and continues to accelerate.

Worldwide, the market size for video surveillance equipment stood at about $13.5 billion in 2012, but could expand to a value of as much as $39 billion by 2020 – an increase of 189 percent, according to a report from market researcher ReportsnReports.com. Locally, Keating said her company is installing twice as many video surveillance systems as it did five years ago. The reasons for the growth are multiple, but it is primarily linked to improvements in technology. Today’s cameras offer a wider field of vision and greatly enhanced resolutions, while digital video transmission also allows large amounts of video footage to be stored.And the advancements in technology have reduced the price of the systems, said Keating, making high-resolution, digital systems practical for even small businesses and some homes.

As the technology advances, the cameras will continue to proliferate, said Lawrence Schlam, professor of constitutional law at Northern Illinois University in DeKalb.
“It is already ubiquitous,” Schlam said. “Every convenience store, every bank, supermarket, even a lot of intersections and work places, all have cameras.
“I always act like somebody’s watching me.” And, for those uncomfortable with that idea, Schlam said the technological lidless eye is actually quite constitutional.
“As a matter of law, you don’t have an expectation of privacy when you go out in public,” he said. Representatives of local police agencies said the increasing spread of video surveillance systems also presents investigators with a growing abundance of physical evidence to use when processing criminal incidents or public complaints.
Geneva Police Cmdr.

Julie Nash said her officers routinely seek to locate any available video surveillance footage very early in most investigations.
“It’s [a] very useful tool in our repertoire,” Nash said. And in St. Charles, police department spokesman Paul McCurtain said officers routinely ask crime victims or the owners of buildings around which a crime may have occurred if there are cameras stationed nearby. “It’s always the first question for victims,” McCurtain said.

The police officials noted the successful use of video footage to solve crimes from the mundane to the horrific. McCurtain noted the use of video surveillance footage to identify suspects in crimes as disparate as vandalism in a parking garage and the bomb attack at the 2013 Boston Marathon. Locally, businesses are not required to notify police when surveillance equipment is installed. In some Illinois communities, such as in Elgin, police departments have launched programs to encourage business owners and others to tell them about their security systems.

Nash declined to say whether the Geneva Police Department maintains an official database of known camera locations, but McCurtain said the St. Charles department has no such list.
For the most part, police officers simply build up a working mental map of known camera locations, they said. “Our officers are very good about knowing their community,” Nash said. “They’re trained to see things that most people may not notice.” In coming days and years, Schlam said everyone should become aware of the ever-presence of video cameras in public spaces.“It’s the wave of the future,” he said.

Police agencies in many locales already have begun comparing video footage with drivers license photo databases using facial recognition software when investigating incidents. And that technology will only improve, Schlam said. But he said those concerned about privacy should actually turn a more jaundiced eye toward a different ubiquitous tracking device: their cellphones.

“Think about it,” Schlam said. “Those record where you are, where you’ve been, who you’ve called, what websites you look at, your emails, texts, everything.
“Compared to that, are cameras really even that big of a deal?” By JONATHAN BILYK – jbilyk@shawmedia.com

ADS is one of the largest alarm firms in Illinois. It has been family-owned since 1968. ADS provides business alarms, fire alarms, card access, security cameras, and home security systems. Our main office is in the Fox Valley. We service all of Chicago, suburbs, and southern Wisconsin.